MR. ASOM KHANGAM a young man of 19 years, hails from a remote Pongchau village of Longding District, Arunachal Pradesh. Born to Mr. Nonbo Khangam and Lt. Mrs. Alai Khangam (expired in 2016), he stands fourth among 9 Children. None of his elder brothers and sister are into job. He completed his 10th standard at Govt. Hr. Secondary School, Pongchau in 2015. Asom had passion for ‘wood works’ while being in 6th & 7th standards. While in village he used to spend his free time with village carpenters, admiring their handy works in designing different home furniture. Being from a poor economic family, 10th standard was the maximum educational qualification he could obtain. Fortunate as he was, he got selected to join Government run ITI (Industrial Training Institute) Roing to persuade his long cherished dream of getting trained in Carpentry. He completed 1 (one) year course (2016-17) in Carpentry and also completed 3 months course (August – October, 2016) in Retail Management & Customer Interaction under S2S Training – Accenture & Quest Alliance Certified Course under AMYAA NGO.

Even while doing his ITI studies he was already taking orders from families in making different fine furniture items such as Gas tables, Almirahs, Book Shelf Racks etc. The making charges cost he received were spent meticulously to purchase a bicycle, tool kits and raw materials. His distance uncle Mr. Nowlee Wangpan servicing as APPBN at Roing helped him by providing accommodation while he was doing ITI studies, also gave him few thousand rupees now and then which helped him to meet his basic daily needs and requirements.

Asom today has a rent house at Roing, got a assistant from his village and is ready to set up a complete Workshop and is ready to go for making of best design home furniture. He has an Android phone gifted by his close Aid, which he uses as guide to google for good designs online. His art piece of carpentry wood works are already getting popular due to fine finishing touches.   While asked what he learned from S2S, he said, “I had been a shy guy, and never succeeded to speak up amidst groups and friends, but today I can speak to anyone and communicate well at any place, it is just because of what I  learned from S2S course”. Honestly, this is what has been observed by us as well in Asom. He is a determined, passionate young man determined to fulfill his dreams and face the challenge 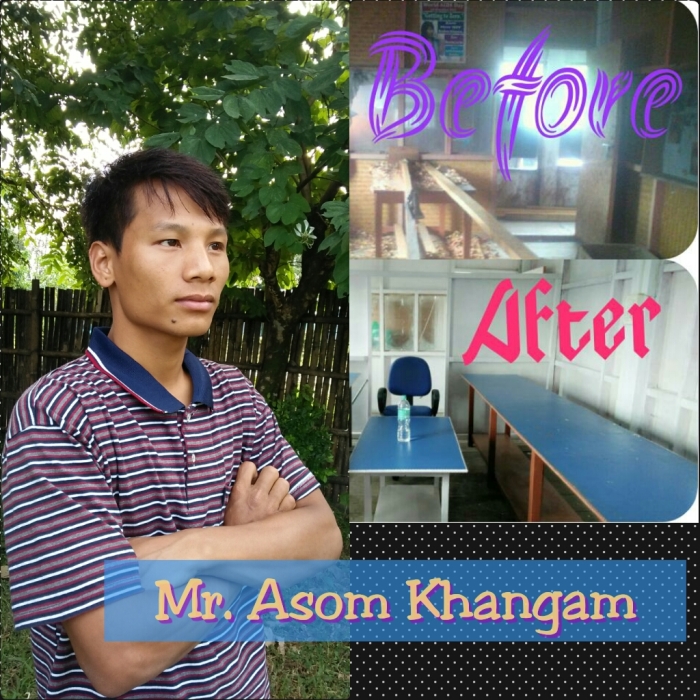